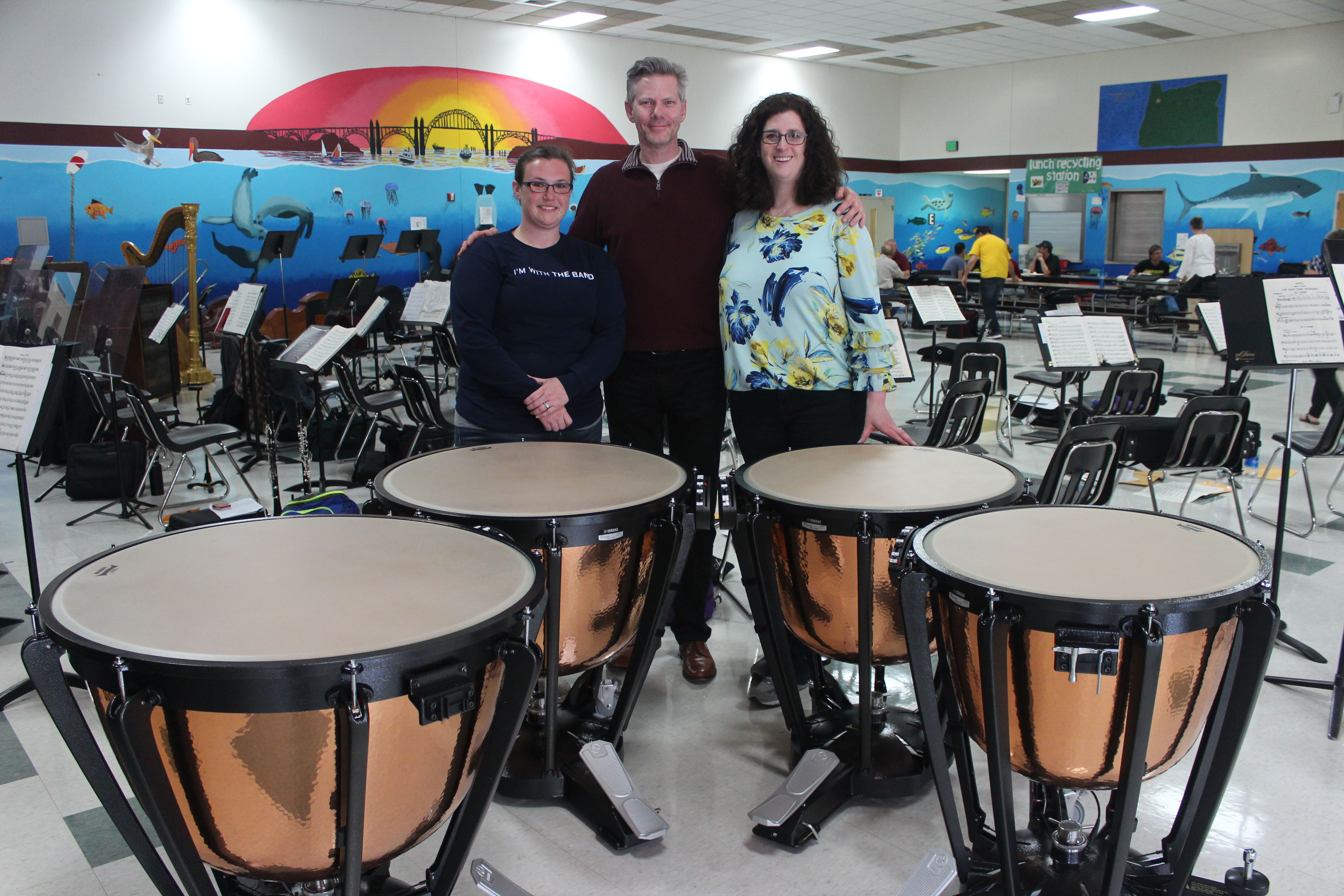 With the thunder of its new timpani performing Aaron Copland’s Fanfare for the Common Man, the Newport Symphony Orchestra at the Ocean opened the final concert of its 30th Anniversary Pearl Season. The timpani had arrived just one week prior courtesy of a grant from the Lincoln County Board of Commissioners, in which the timpani would be shared with Rachel Steward at Newport High School for their educational purposes. NSO Timpanist Rachel Dobrow Stone was so excited about the new drums, she invited patrons to come on stage after the performance to see for themselves. The concert featured a new work, “Bless Your Heart” by Mark Fish dedicated to long time central Coast resident David Ogden Stiers who died in March 2018, after serving as the NSO’s resident conductor (calling himself its “condactor”). The work was truly new in that when hearing the new timpani’s sound at the rehearsal the weekend prior, Mr Fish then wrote in new parts for timpani. This five movement work included passages that evoked images of David Stiers in joy, vitality, thoughtfulness, and whimsey. The concert closed with the gorgeous suite from Tchaikovsky’s Swan Lake which brought the cheering crowd to their feet. After the concert, NSO President Loria Holden thanked the scores of volunteers who have helped at each concert with musician hospitality, home stays, ushering, stuffing concert programs, and serving at the post-concert wine down, hosted by Dick and Danielle Cutler of Flying Dutchman Winery. Thanks to Georgia-Pacific for presenting this wonderful season.